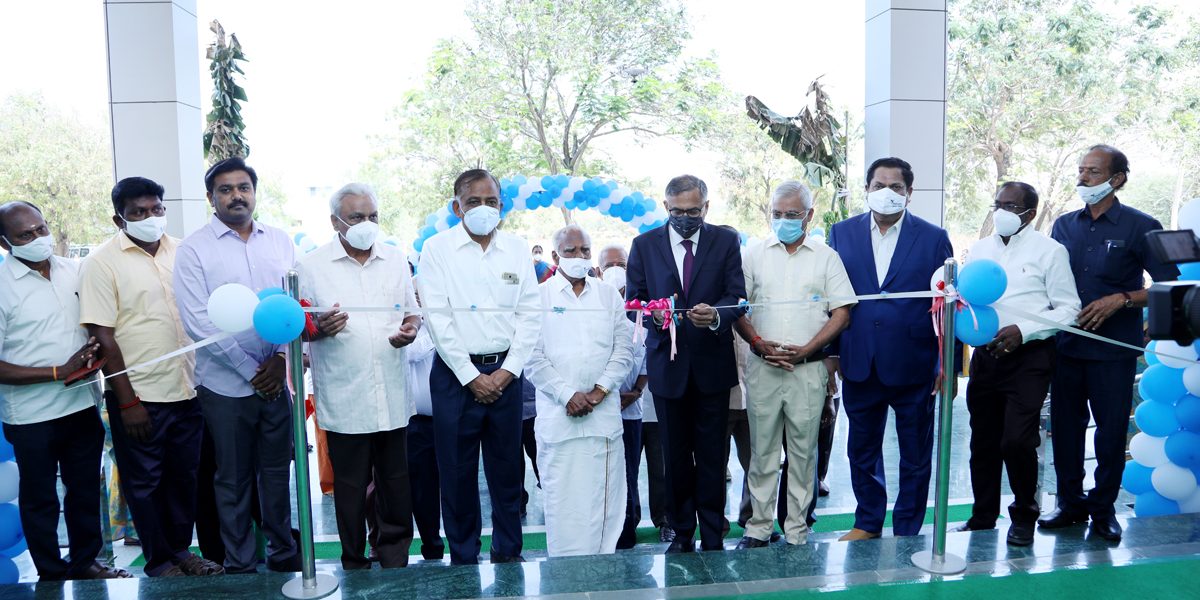 The blessing and inauguration ceremony of the new building of Trinity College for Women, Namakkal was held on Monday, 25th January 2021, 9.30 AM with the Ganapathy Pooja.

The inauguration of the New Science Block event was held on 25th February 2021 @ 1 PM.    New Science Block was inaugurated by Mr. N.Chandrasekaran, Chairman of TATA Sons.            The opening ceremony began with a speech by Mr. N. Chandrasekaran.    Tamil is one of the classical languages in the world.  The books of Thirukkural and Kambaramayanam are the best example of good books.  We should read these types of books.  Parents and Teachers are our motivators.  We should follow the guidelines from them,  he indicated.        He highlighted the need of planning, self confidence, dedication, hard working and skills of entrepreneurship for our younger generations. The laboratory of Physics was opened by Dr P. Kolandaivel, Vice-Chancellor of Periyar University, Salem.            Continuing on, the Vice Chancellor focused his words on the significance of science education for our self reliance.  The Nobel Prize winners of India (In Science field) Sir C.V. Raman, S. Chandrasekar and Venkatraman Ramakrishnan belong to Tamil Nadu.   Apart from these, the great mathematicians of India Ramanujan and Varadhan are also Tamilians.  Our people of Tamil Nadu are working in various positions all over the world, he focused.

The laboratory of Chemistry incepted by Mr. P. Muthusamy, IRS, Commissioner of Customs (Retd.).         In his felicitation address, he gave a speech on the importance of women’s higher education for our country’s growth.